Got my first Chogokin and it’s an SRC, considered by Chogokin collectors to be a budget series/”baby’s first steps”. The figures are smaller, cheaper and lighter than those in the full-fledged Chogokin lines.

To the uninitiated, Super Robot Wars is a crossover turn-based strategy game. The PTX-003 Alteisen is one of the prominent original mechs in the franchise and probably got famous from its appearance in the Original Generation series, where some of the games were translated into English. 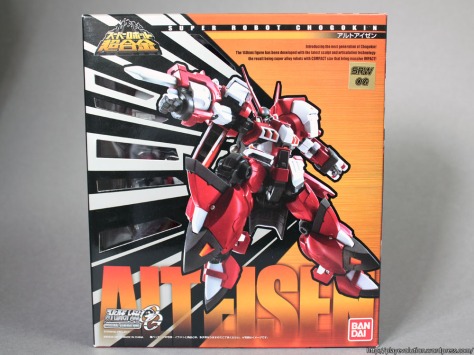 END_OF_DOCUMENT_TOKEN_TO_BE_REPLACED

When I said previously that I had several items en route, it never occurred to me how much I was going to spend on them.

Until now. Then I realised I still have a Nendoroid Tachikoma sitting somewhere unopened.

I got Alteisen because my points on Hobby Search were going to expire soon and I didn’t want to forfeit them. Wanted to buy it back in Japan alongside Weissritter (Rampage Ghost ftw), so when I saw it in stock I decided to spend my points. In the end because of bad exchange rates, I didn’t save much. I make my preorders on Amiami now so I couldn’t save on shipping either. The two figmas were preorders from Amiami, and I threw Ryuki along when I spotted him in stock too. That saved me a few weekend hours as I didn’t have to scour the shops for him. On the other hand, I was still going outside these past two weeks searching for Wild Tiger since he was a pretty hot item too. Got him and made an order for Bunny for a very hefty price. They’re probably more expensive than those Tamashii Web exclusives. I couldn’t complain though, since there was no other means to get those two.

And about those mini-review things… as expected, my phone’s camera isn’t spectacular, and if I do all the editing and uploading on my computer it will take half a day just like a full-fledged review. Maybe I’ll find a way to post them directly from my phone.

In the meantime, lemme try out one of those poll thingies.

I think I’ll give this a week or something. If the results aren’t conclusive, I’ll write reviews of them in any order I like.